The new and ambitious residential project of Sierra Blanca Estates has chosen Malaga for its location, becoming a project that due to its characteristics and location has attracted the gaze of investors from all over the world. Sierra Blanca Tower is a residential complex of luxury homes and penthouses-duplexes, whose owners will be able to exclusively enjoy common areas and services at the level of a 5-star hotel.

The project sponsored by Antonio Banderas, Sierra Blanca Tower, will redefine the concept of luxury in front of the sea in Malaga capital by Sierra Blanca Estates, the leading developer of luxury homes on the Costa del Sol whose objective is focused on offering an unmatched lifestyle to its customers. 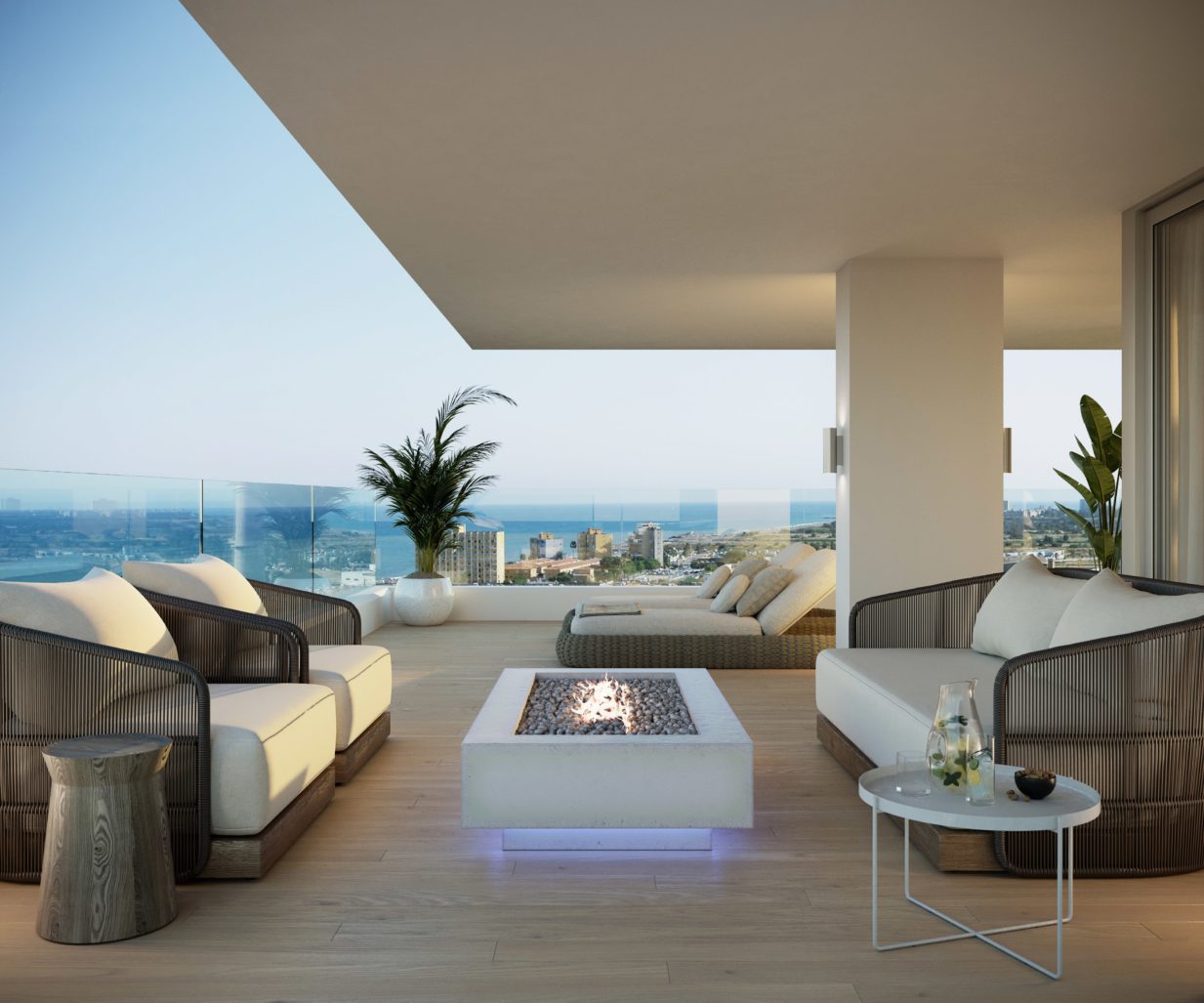 Its height of 71 meters and its 21 floors open to the sea will be conformed by 69 apartments and 2 duplex penthouses with between 1 and 4 bedrooms with views of the Mediterranean Sea. The architecture of Sierra Blanca Tower comes from the firm of Estudio Lamela Arquitectos, the renowned architecture studio led by Carlos Lamela, who has made more than 2,000 projects come true since 1954.

The interior design of the first 69 apartments has been directed by González Casaus, an architecture and interior design studio founded by Lucía Casaus and Alexis González in 2017. Likewise, the design and decoration of the Sierra Blanca Tower penthouses has been conceived by the renowned international brand The One Atelier.

In short, Sierra Blanca Tower is and will undoubtedly be the benchmark residential project that will define true luxury in Malaga.

For more info, visit the website of the project: www.sierrablancatower.com